This is a library which automatically generates color themes based on the user's background image.

I'm going to use this Wheel Reinvention Jam as an excuse to work on a project which feels frivolous, but should come in handy for prettifying future projects.

The project is a C library with a basic command-line interface. The library looks at the user's current desktop background and picks some number of unique colors from that background.

My inspiration for this project was from one of my previous projects, which creates color schemes for Emacs: 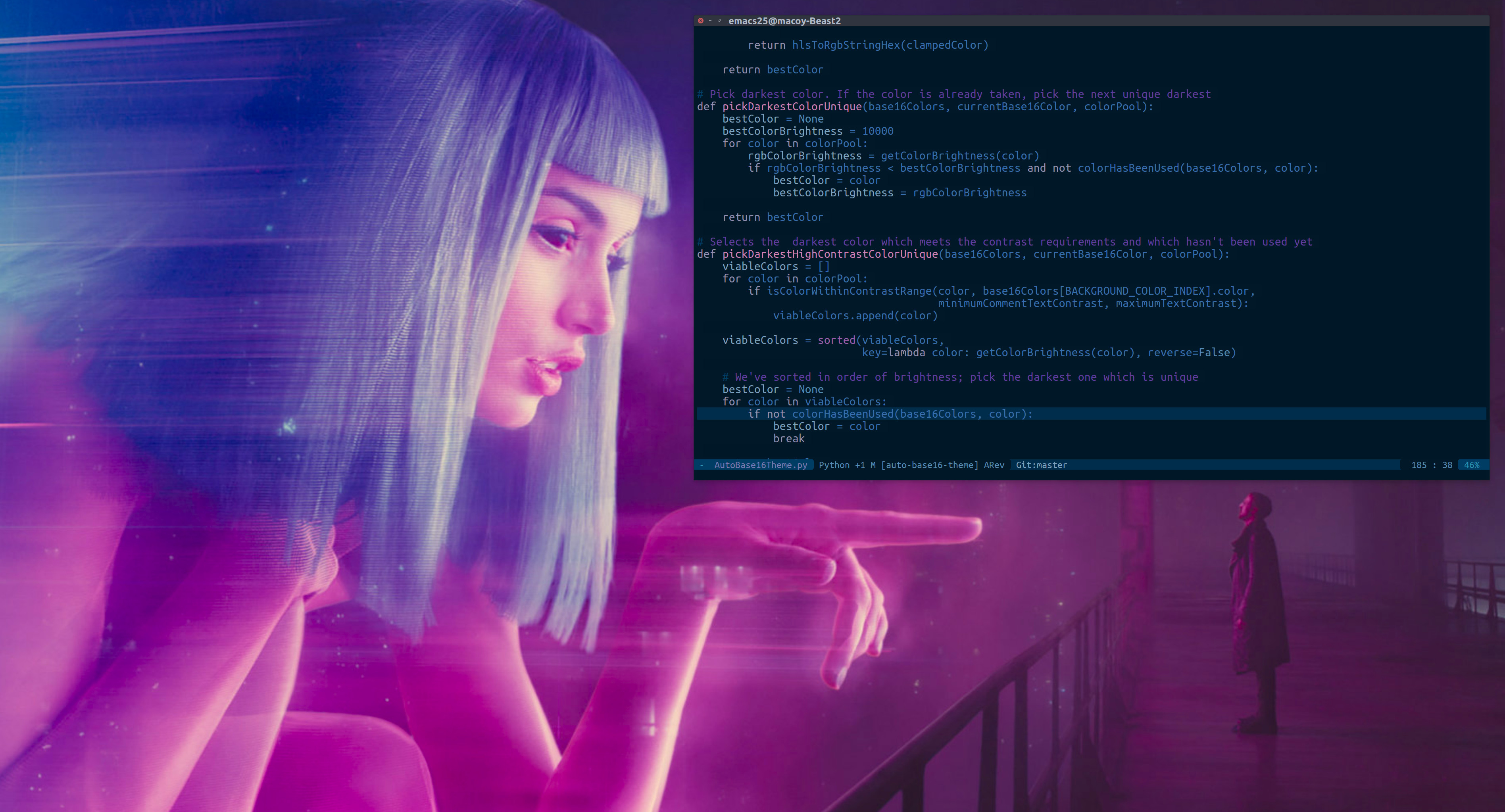 This project is a reinvention of that past project. This new version solves several problems: