I have several projects written in Cakelisp that I have been chipping away at.

I haven't made much progress on File Helper, but I do find myself reaching for it and hope to revisit it. 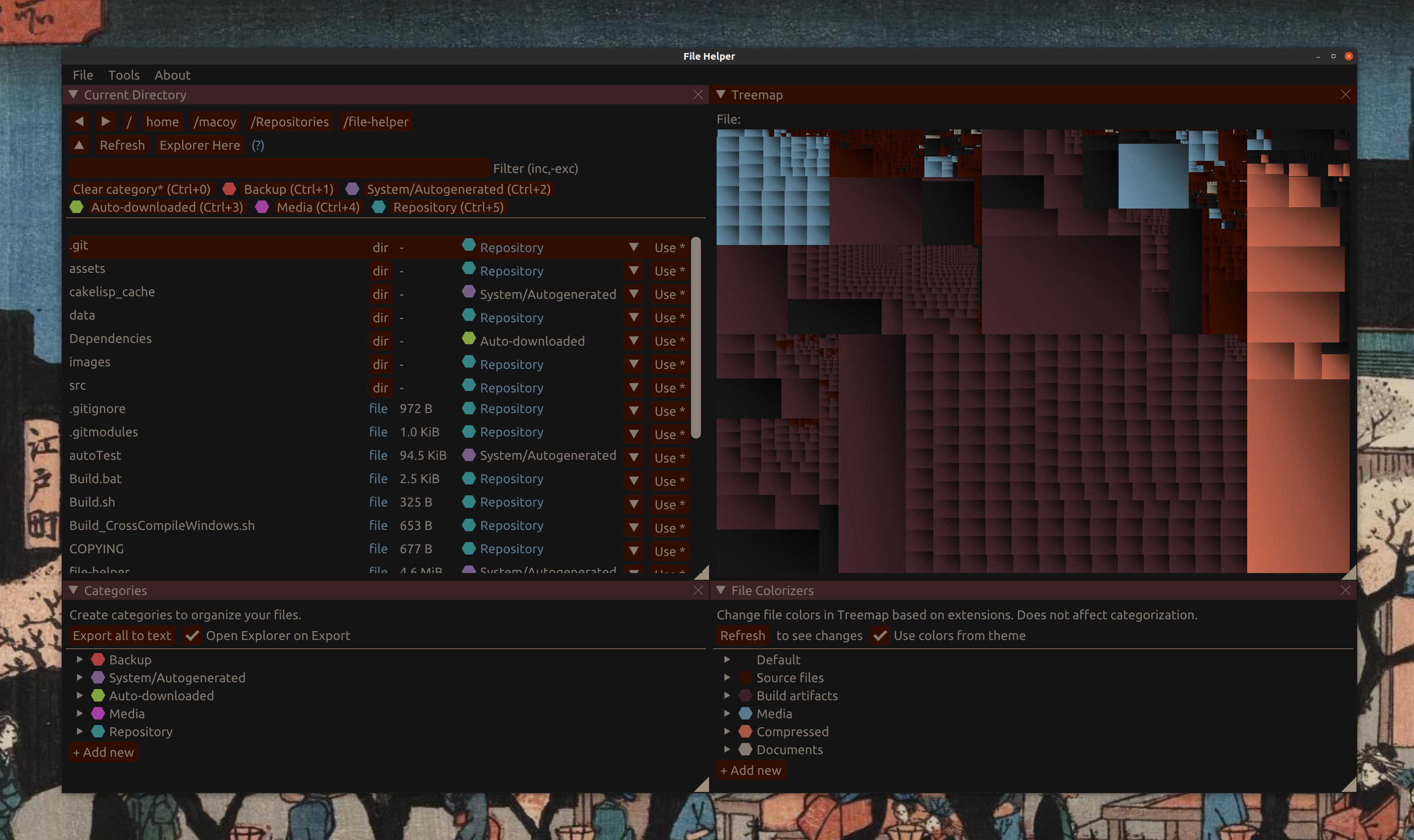 I want to create a command-line interface for creating an index of files on systems I have which aren't graphical. I can then tag and visualize the file system on my work station. 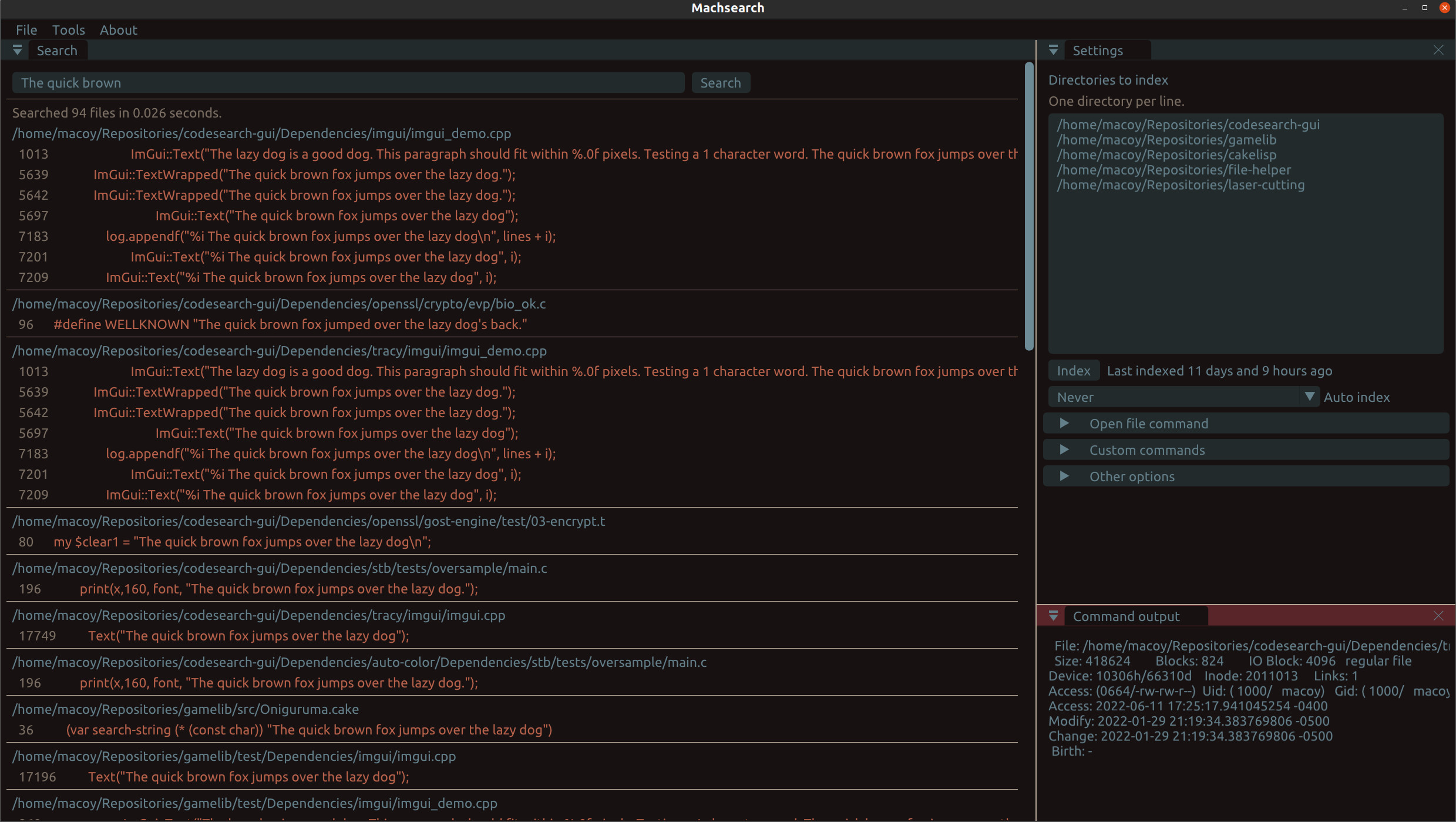 It's so fast that you can search as you type, and it scales very well to large codebases thanks to its index.

I implemented a self-update feature for Machsearch which I think will come in handy on many of my previous and future applications.

There isn't much competition in the indexed file search space, but there are three main products out there:

I think there is still room for Machsearch in this environment, for three reasons:

My most recent project has been a continuous integration system, distributed-automation. I am building it to fit my needs exactly, and do not expect it to be of interest to others.

Workers on various different machines communicate with a master server and do work.

I decided to build this rather than "buy" existing CI products like Jenkins or BuildBot for two reasons:

I will take more time setting this up, but in the end I will have a perfect fit for my needs (and no more!) as well as gained knowledge with network programming.

While somewhat unusual for a CI, I am planning on using it for automating my backups as well.

My Linker-loader project has been slow going. I have somewhat de-prioritized it because of its heavily R&D nature, but I do want to continue making gradual progress on it. Even if I don't end up using it, I have had to learn much more about the linking and loading stage, which is both demystifying and enabling for more advanced runtime code loading I'm sure I'll try in the future.

There is a significant amount of incidental complexity and cruft involved with linking. It can be pretty uninteresting and frustrating to deal with.

Cakelisp has been very stable. I had to make a few changes to fix relative paths recently, but that's about it. I'm very happy with how little I need to work on the language.

I have been considering building a basic IDE for Cakelisp, similar to what Beef did. I would do this primarily to ease the transition from "I'm on the home page of Cakelisp and want to try it" to "I wrote/modified and executed Cakelisp successfully".

Thanks to work on File Helper and Machsearch, as well as some prototypes I have made, this IDE would not take much more than a few weeks to put together, and would substantially lower the barrier to entry.

GameLib is my collection of modules for various 3rd-party dependencies as well as useful pure-Cakelisp utilities. Here is a list of some relatively new additions:

As you can see, I have many different projects I'm working on, all happily written in Cakelisp. The projects drive the language's development, and the language's ecosystem continues to grow. It's still just me using Cakelisp for now, but I'm okay with that.