I participated in 7DRL Challenge 2018.

My roguelike is available on itch.io and on Github. 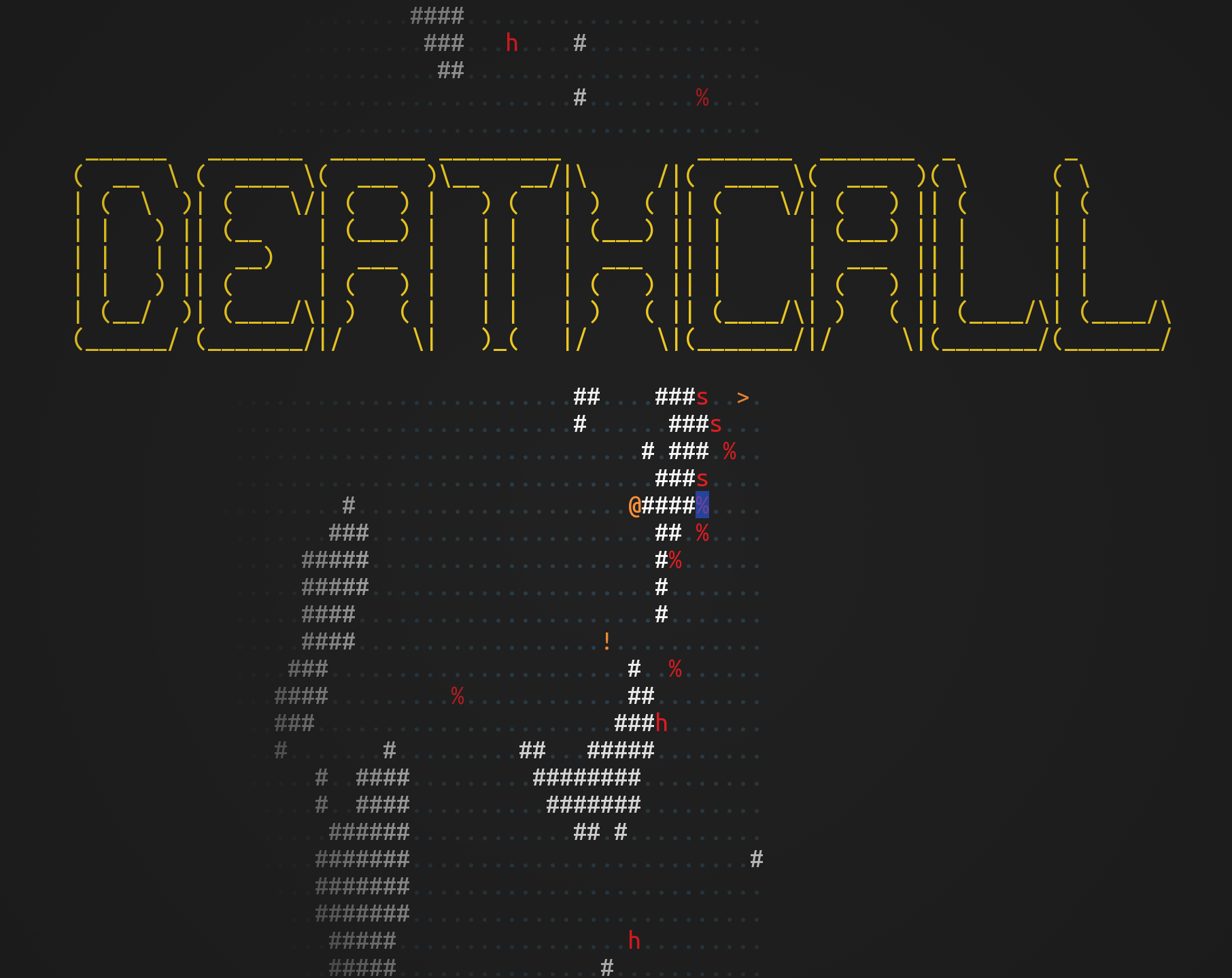 Deathcall got 38th place out of 113 submissions. I am proud of this result. I knew I would be competing with people who had existing roguelike engines and who could work on it full time all week (I worked on it after my full-time software engineer job each day), so I wasn't expecting to get in the top tier.

I am satisfied with how I did as well as what the judges said about Deathcall. Their feedback was reasonable and they pointed out positives as well. I am especially proud of all judges saying they found no bugs; this might be the first thing I've created of this scale which is basically bug-free (not counting my professional projects).

See the competition entry here. I've copied the scoring and feedback below.

Ranked from 3 ratings. Score is adjusted from raw score by the median number of ratings per game in the jam.

Here's what the judges said about my game (there were two judges I think):

No bugs found. Has a win condition or optional endless mode. Difficulty of each level boils down to whether you find the caller quickly or not.

ASCII is OK. Numpad controls are OK. Arrow keys can be used without too much disadvantage. The map scrolls when you get near the edge.

Easy, although I did have some close calls. The biggest danger is carelessness, since the enemies are sparse until you approach the caller and some enemies can attack from offscreen. Some choices about what to train and which abilities to keep. Sight range is much larger than the screen size, so playing to win involves looking way offscreen (very slow). Targeting enemies in the huge sight range takes a long time.

You have stamina (I never ran out).

Death Call is a roguelike about killing summoners. Each floor has one "caller", which can bring forth unlimited numbers of henchmen.

The balance seems a little bumpy here. A late game spell takes away about half your health. Wizards can hit you from like 20 tiles away and vice versa. Clearing out enemies then becomes really straightforward if you're willing to cast lightning on them one by one and wait in between for your cooldown. I personally did not have the patience (but did see the end after stumbling upon a debug command which grants 10,000 HP). Monster pathfinding could use some work, as enemies can't seem to navigate around corners (or each other).

One glaring issue is that Escape both toggles targeting modes and otherwise closes the game. I lost count of the number of times I accidentally exited, totally wiping out all progress without warning.

Having said all that, Death Call is a fully functional, if basic roguelike that has its moments. It really shines when you get swarmed by monsters, have to make a mad dash to the stairs, and are forced to utilize all your abilities. The ASCII looks good in this game. There are sounds, though the sound choices are a bit odd. There's 10 levels, but also an infinite mode. You can even train your stats.

Great work for 40 hours! Seems like you had a really great 7DRL run this year. I played this game in WINE on macOS and it ran great.